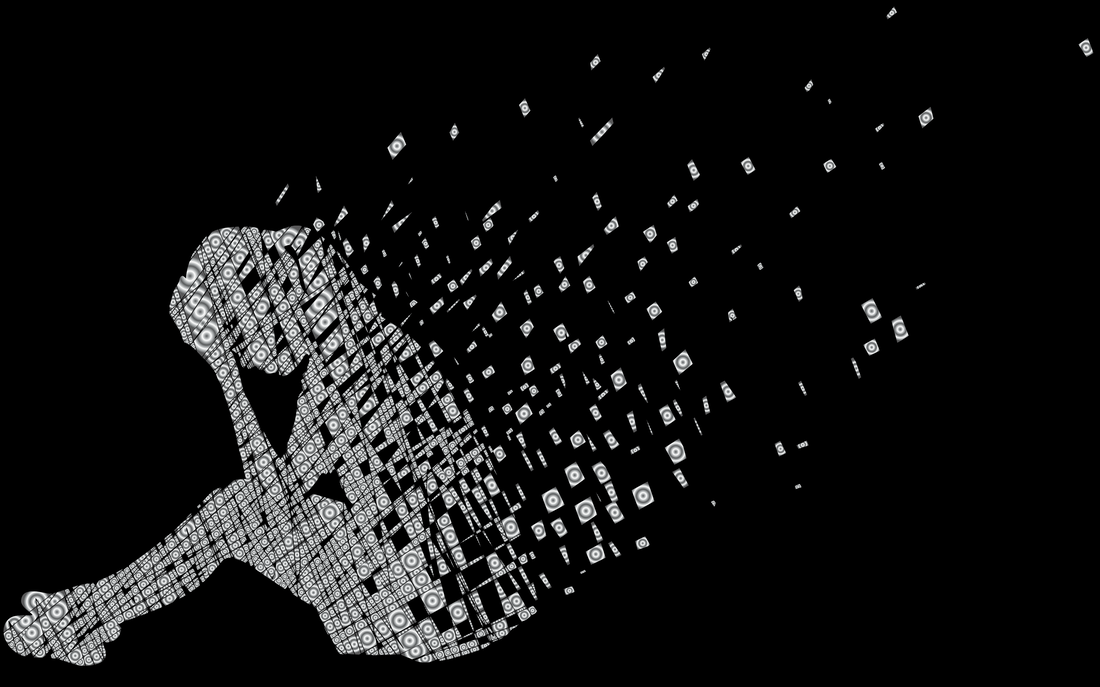 This is MY story

It seems so simple appreciating life for what it is- pleasure and pain, joy and sorrow. For today at least, I have learned to be content.”
​–Gloria Gaither

I sat turning in the swivel chair while she played solitaire on the old box computer. I didn’t tell her. I wanted to scream at her “MOM!!! LOOK AT ME!” But I just sat there staring at my hands. My nails were bitten to the quick. I chew when I’m stressed.. We small talked for a bit, and then I left.

Twenty minutes later, in the bitter cold, I fumbled with the green hose as I stuck it in my Jeep. The dark of winter had arrived. The phone rang, but soon went to voicemail. “I called to say goodbye.” my voice calm, cold and resolute.

That night was a blur. Red sirens and blue lights. This was not the plan.

“You seem angry,” he said, startling me from my thoughts of the previous night. I looked up, hot tears flowing down my face. His glasses were big and his hair was messily parted to the side. The room was small and stuffy. I sat in a hard orange chair, assuming the knee-to-chest position. I WAS mad! My plan failed and the last thing I wanted to do was talk about it. Hate and anger emanated from my being.

I glared at him. “No" I hissed, "Spend a day in my head and I promise you will be the one to hand me a gun. No one can help."

Time dragged as he talked. Ever been to a psych ward before? It wasn’t exactly Girl Interrupted, but it was a close second. Lots of individualized and group therapies, an array of medications passed out in little cups with an overworked nurse at your side to make sure you swallowed. Art and music therapy and of course the scrawny, silver haired schizophrenic who paced the halls, warning anyone who would listen that our staff were all undercover CIA agents just waiting to insert microchips inside us.

Seven days came and went. Knowing I still had to face my problems in the real world left a lot of doubt and anxiety. Less than six months later, I would attempt again.

​According to Jane Brody, with the New York Times, “Within the first three months to a year following a suicide attempt, people are at highest risk of a second attempt — and this time perhaps succeeding.” (New York Times)
I was recently asked how I cope with the stressors in my life...

Hindsight is always 20-20, as I look back, I wish I had implemented these coping strategies into my life sooner. I have long since had the belief that schools need to implement stress management classes. That is when it's most crucial. It is such a vital skill for life!!! And whether we believe it or not, KIDS HAVE STRESS TOO.

It took me many years to figure out the things that work best for me. It took me even longer to use them. (EYE ROLL) I didn't know how to help myself, and the amount of energy it took to do so far exceeded what I felt I was capable of. For me depression was debilitating (it's been awhile since it's been that bad, thank God) but some days just getting out of bed was a feat.

Here is what I have found that works best for me.

THERAPY. Saved my life. Some days I absolutely dreaded it. With that said it also happens to be one of the most liberating things I have ever experienced. Once you talk about it (whatever your "it" is) you release yourself from its control. This doesn't happen over night, in fact it happens without you even realizing it. Sort of like a cloudy day. One day you wake up, the sun is shining and the clouds are gone....THAT'S therapy.

MEDICATION. If you have ever had the pleasure of taking psych meds, then you understand the vicious cycle that often occurs and can be difficult to break.. ​You take them and after a month or so begin to feel better. You think to yourself, "I feel great, I don't need these!" So you stop, only for the claws of darkness to seep back in, and the cycle starts all over.. Anyone who takes psych meds can attest to this repetitive battle. Most people, as I did, don't want to have to take a pill to be happy, along with the fact that for too many years there has been such a negative stigma attached to names like "PROZAC" or "LITHIUM" Unfortunately, it just doesn't work like that. I can't tell you how many times I did this ridiculous song and dance. I finally put away my pride when I realized that in order for me to live a happy, fulfilling life this would just have to be part of my routine.

The second part of taking psych meds is there is no such thing as one size fits all. That's the hard part. Psychiatric medications are not like ibuprofen, where it works for 99% of the population. They are unique to your symptoms. They often require readjustments and this process is a pain in the ass. While all medications have side effects, psych drugs have some doozies. That’s another reason people won’t take them. A common complaint is the feeling of being “numb”. I often explain this very thing to the patients I have the pleasure to care for or even to my friends. “You have been on a constant roller-coaster ride with extreme highs and extreme lows. All your meds have done is soften those highs, and lows making for a more even keel ride. Give it some time and allow yourself a new experience.”

For me, medications have saved my life. I’ve gotten over the fact of having to take them, and I am soooooo grateful that I live in a day and age where they are readily available on an out patient basis.


EXERCISE. I was a cutter. For a very long time. It’s easily addicting for this reason: IT RELEASES ENDORPHINS. The same exact endorphins you get when you exercise. This took me some time to overcome, but I switched my cutting to running and working out. This is a great way to cope with any kind of stressor in your life. This also goes hand in hand with healthy eating habits. When you put good things into your body, you FEEL good, you have more energy and your stress levels decrease.


The STOP Method. This is something I learned in therapy but has made the BIGGEST impact in my life. This tool is what can lead us to a path of freedom and peace or take us down the dark road to suicide. We will never be able to escape our minds and thoughts. This is a big reason I choose not to commit suicide today. (I often have to remind myself of this when I’m going through a rough bout). It is often our thoughts that become our biggest enemy. I do not for one second believe those who commit suicide will never be free from this. But they miss out on the opportunities of learning IN THIS LIFETIME how to change these negative thoughts into positive ones. Let me explain. Up until I reached my 30’s (that was about the time I really took taking care of my mental health seriously) I lived in a negative thought world. Not in a pessimistic way, rather I NEVER had positive thing to say TO myself. I would often look in the mirror and say OUT LOUD all sorts of horrific things, things you would never tell someone you loved.. I was all consumed with these negative thoughts. That’s when my therapist taught me the Stop Method. “Megan” she said “Any time you have a negative thought you need to say STOP!! Say it out loud! Picture a stop sign if you need to, but just do it. Then think of something positive and say it out loud.” I remember thinking this was the dumbest thing that I had ever heard and sitting there in her office, had zero intention of following through. But somewhere along the road of life, I must have tried it. Like anything, when you do something repetitively it becomes a habit. I trained myself to think POSITIVELY. This is one of the single best things that I have ever done. Never in my wildest dreams would I have thought something so simple could make such an impact in my life. ALL OF US are capable of doing this. But those things don’t always come without hard work.


WORK. NO ONE CAN MAKE ME HAPPY. No one can change my thoughts, and no one is going to advocate for me the way I must advocate for myself. It’s like the old saying goes, if you want it done right, you do it yourself. This was a hard lesson to learn. I had to put in the work. I had to make the effort if I wanted to live-NOT EXIST-I did that for too long, but really thrive in life. I believe in a loving God. He would NEVER want us to just exist. There is no learning in that and no progressing. So, I did it. This leads me to my last topic.
​


GOD. For a while I believed that once I “learned” this lesson called depression, I could move on. LOL yeah, nope! This is my cross to bear in life. In a blessing I once received, I was told there would come a time when Satan would strive to win my soul. HE WILL NEVER WIN. I will continue to fight like hell and I will always keep in my mind those whose burdens were too great to bear, carrying them in my heart along my own journey. I am ONLY here today after 3 serious suicide attempts because for some unknown reason He spared my life. In my darkest hours, it is ALWAYS Him who I reach out to. He is my biggest source of strength and comfort.
TODAY

I AM blessed. Countless hours of therapy have taught me the importance of coping skills and have provided me the necessary tools to handle the bouts of depression I still fight today. I am incredibly blessed to have an amazing family and support system. It is because of their love and continual support that I am here today. I am a passionate advocate for mental health awareness, and ending the stigma that is still attached which often prevents people from seeking help. I WILL ALWAYS SPEAK UP. I will continue this battle. TODAY my armor is stronger, my tools are better and I am one hell of a fighter. 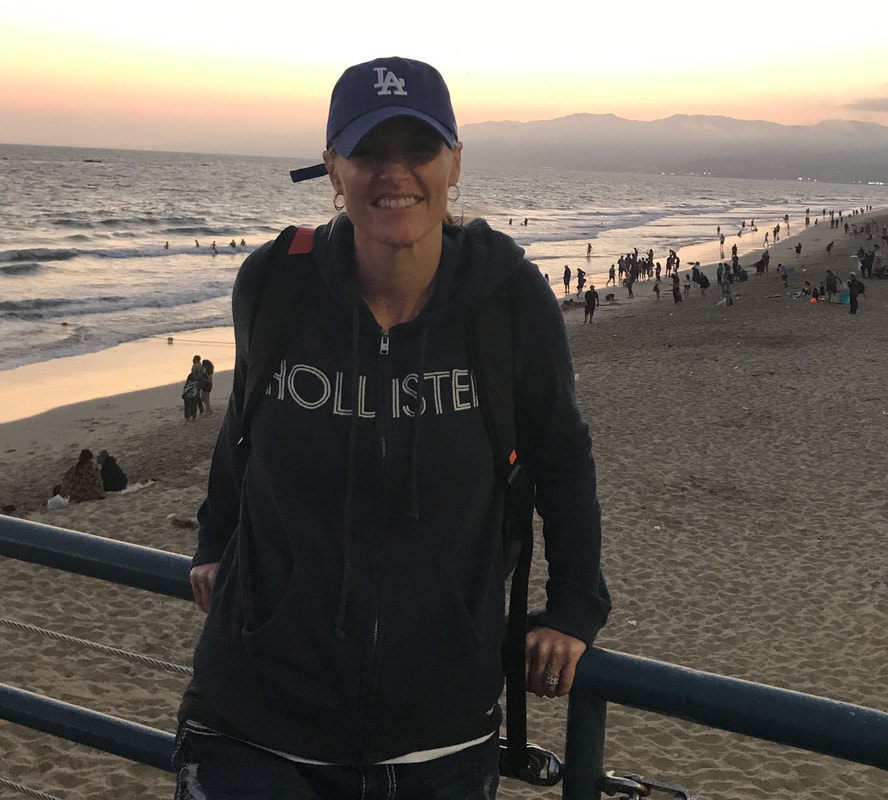