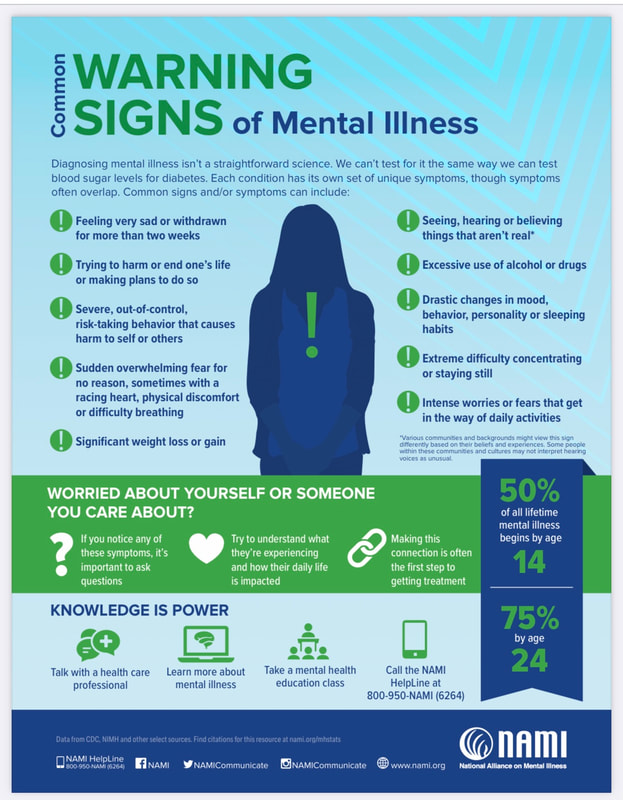 ​
If suicide is 100% preventable, why then is it still on the rise? ​Two-thirds of those who commit suicide are depressed, so we must ask ourselves, what causes depression? Some say chemical imbalances, however, ”…Research suggests that depression doesn't spring from simply having too much or too little of certain brain chemicals. Rather, there are many possible causes of depression, including faulty mood regulation by the brain, genetic vulnerability, stressful life events, medications, and medical problems. It's believed that several of these forces interact to bring on depression.” (www.health.harvard.edu)

It’s important to point out that we have all experienced the symptoms of depression. It is a normal and expected part of life. It’s often said that without the bitter we don’t appreciate the sweet. However, people who have a depressive disorder are on a whole other scale. These bouts of depression can last from months to years, and if left untreated can lead to suicide. “An estimated 19 million American adults-8% of the population-had at least one major depressive episode in the past year.” (nami.org)
​

​5 common symptoms of depression according to the National          Institute of Mental Health:

Lack of Interest in usual activities: this goes hand in hand with people who withdraw themselves from others. This is a big red flag and something to worry about. Depression has the ability to make things that are closest to your heart seem worthless.  And when those become worthless, trouble is right around the corner. Recognition of withdrawal early on is key.

Low Self-Esteem (dwelling on losses and failures): Someone who loves themselves does not focus on their shortcomings every minute of the day. Unfortunately, those with low self-esteem do. They are unable to see the glass half-full. One small set back can feel like a catastrophe for them. Failures are not looked at as an opportunity to learn but black marked in their book of flaws. It is a hard habit to break, low self-esteem, but it can be done.

Feelings of Hopelessness: When you have no hope, there is nothing. No optimism, no passion. It can feel inescapable, and it is this very feeling that leads people to suicide. Learning tools on how to restore hope is imperative to one’s well being.

Loss of Energy; changes in sleep: Depression is heavy. It is an all-consuming burden that weighs on your very soul. It is no surprise that people who suffer from depressive disorders have no energy and want to sleep all day. Every waking moment is spent within themselves fighting a mental battle,

Guilt: Self-conscious emotions like shame and guilt can develop as early as three years of age. There are arguments as to whether or not a child can understand the concept of guilt. Either way it plays a vital role in depression. Having been raised in an organized religion, I can attest to the guilt that is imposed upon its members, in early childhood.  It too is heavy on the soul.

Depression according to the National Alliance on Mental Illness